Whose Story Would You Tell?

I persecuted this Way to the death, binding and putting both men and women into prisons. Acts 22:4 The people rushed together, and taking hold of Paul they dragged him out of the temple; and immediately the doors were shut. And while they were seeking to kill him . . . .Acts 21:30-31 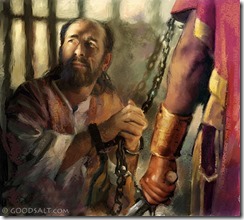 We are fascinated by Paul courageously explaining to a hostile crowd of Jews how he came to faith in Christ. One could conclude that Paul was insane. Who in his right mind would ask to speak to this group after they displayed such hatred? Paul did: "I am a Jew of Tarsus in Cilicia, a citizen of no insignificant city; and I beg you, allow me to speak to the people." He was compelled by the love of Christ to speak to them. He told them his story.

Are you prepared to share with unbelievers when opportunities arise? Do you look for these opportunities like Paul did? What would you say? Would you rather tell Paul's story than your own? His was dramatic indeed. But who knows your story better than you do? You lived it! You were there. Tell your story with confidence, my friend! Of course, you can tell Paul's story, or anyone else's testimony of salvation. But you alone can share your story with conviction and passion.

Others may question the validity of God, the Bible, and the deity of Christ. One thing they can't deny is your story. You are standing there in front of them as living proof that God is alive, the Bible is true, and that Jesus forgives sins. He brings new life to a lost sinner. Your life is undeniable evidence that Jesus Christ changes people! 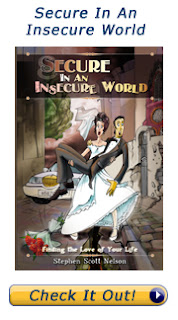